Today we paid homage to our beloved, late Johan Cruyff, who would have turned 70 today, with posting 14 of the best artworks made of our biggest legend. He is part of sports history, art history and history in general. He will never be forgotten.

"Who Killed Davey Moore" Bob Dylan 1963 It's already time for Sportsong of the Week #80! It's "Who Killed Davey Moore" written in 1963 by American folk singer-songwriter Bob Dylan. Telling the story of the late boxing legend Davey "The Little Giant" Moore, who after a fight suffered inoperable brain damage and never regained consciousness before dying in 1963. R.I.P. Full Lyrics Who killed Davey Moore, Why an' what's the reason for? "Not I," says the referee, "Don't point 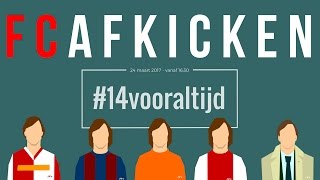 "CBS Sports NCAA March Madness Theme" Written by Bob Christianson 1993 The finals of NCAA Basketball 2017 are set (no spoilers here!) so to get ready for the finals on Monday Sportsong of the Week #79 is the famous CBS Sports tune song! Written by Bob Christianson in 1993 these eight notes have defined March Madness for nearly a quarter-century — a groove inspired by the percussive heartbeat of the tournament itself: a dribbling basketball.

Artist of the Week: Ryan Simpson

Artist of the Week: ostertagmademedoit

Artist of the Week: Arne Hiddingh

Artist of the Week: Ben Mosley

Artist of the Week: Miriam Cabello

Artist of the Week: Adam Pretty